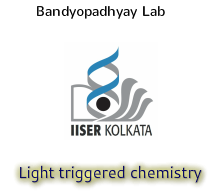 We work on the synthesis of molecules, study the kinetics. photochemical and photophysical properties of the synthesized molecules to understand their behaviour. Our molecules toggle between two structures using light and we utilize the structural changes to  control several properties such as aggregation-disaggregation, supramolecular assembly - dis-assembly, differential binding properties, and so on. 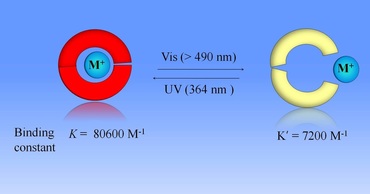 Synthesis and studies of light gated modulation of properties 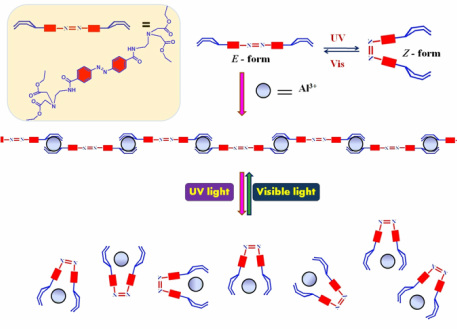 ﻿Sensors﻿
The government and various non-government organizations are vigilant about environment pollution by various chemical entities, both natural as well as man-made. Although there are many regulatory bodies to monitor the environmentally relevant chemical species, there is a need to develop fast, sensitive and selective methods to monitor them. We as responsible scientists Cation, anion and molecular sensors, cellular imaging, sub-ppm detection.

We are also involved in designing of efficient organo-catalysts taking lessons from the Nature and study their activities and mechanisms.

Recent work from our group demonstrates the use of a photoswitchable dicarboxylic acid as a glycosidase mimic. The activity can be turned 'off' and 'on' using visible and UV light respectively. 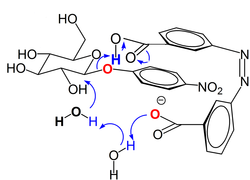